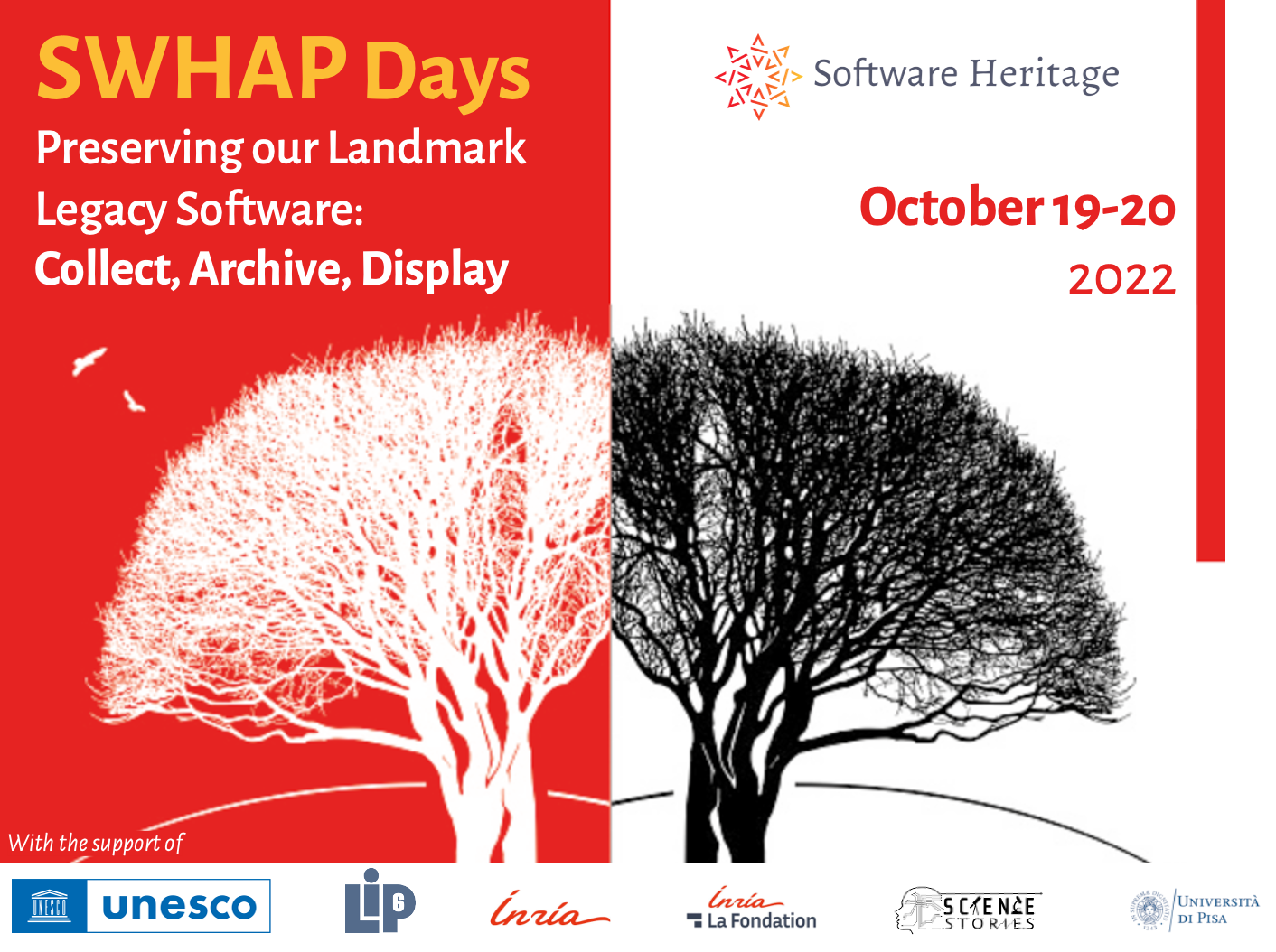 Software Heritage organises SWHAP Days, a two-day workshop to reflect on the current state and the future of software preservation, exploring challenges and opportunities related to the collection, archival and display of our landmark legacy software.

This workshop will also be the chance to learn more about the Software Heritage Acquisition Process (SWHAP) and the Software Stories presentation platform, developed with support from UNESCO in collaboration with the University of Pisa and the sciencestories.io team.

Free to attend and open to the public, SWHAP Days will take place in Paris and online on the 19th and 20th of October 2022.

This workshop is organized with the support of UNESCO, Inria, Inria Foundation and Lip6.

Software Heritage is an open, non profit, multi-stakeholder initiative to build the universal archive of all publicly available source code, launched by Inria in partnership with UNESCO.

The daily program includes a series of short talks, followed by a practical demonstration of the Software Heritage Acquisition Process (October 19th) and of the Software Stories (October 20th). The program of each day will end with a round-table and a discussion on the future perspectives for archiving and displaying our software heritage.

This hybrid event is open for attendance by a broad audience, including the general public.

Registration is free, but mandatory: if you plan to attend, please fill out this registration form in order to receive participation and/or connection details.

Please contact swpres2022@softwareheritage.org for any other inquiry (for example, if you haven’t recieved links to the online event after registering using the registration form)

This hybrid event will take place on the Jussieu Campus of Sorbonne Université, in the Esclangon building in the Amphitheatre Durand on the ground floor on the left.