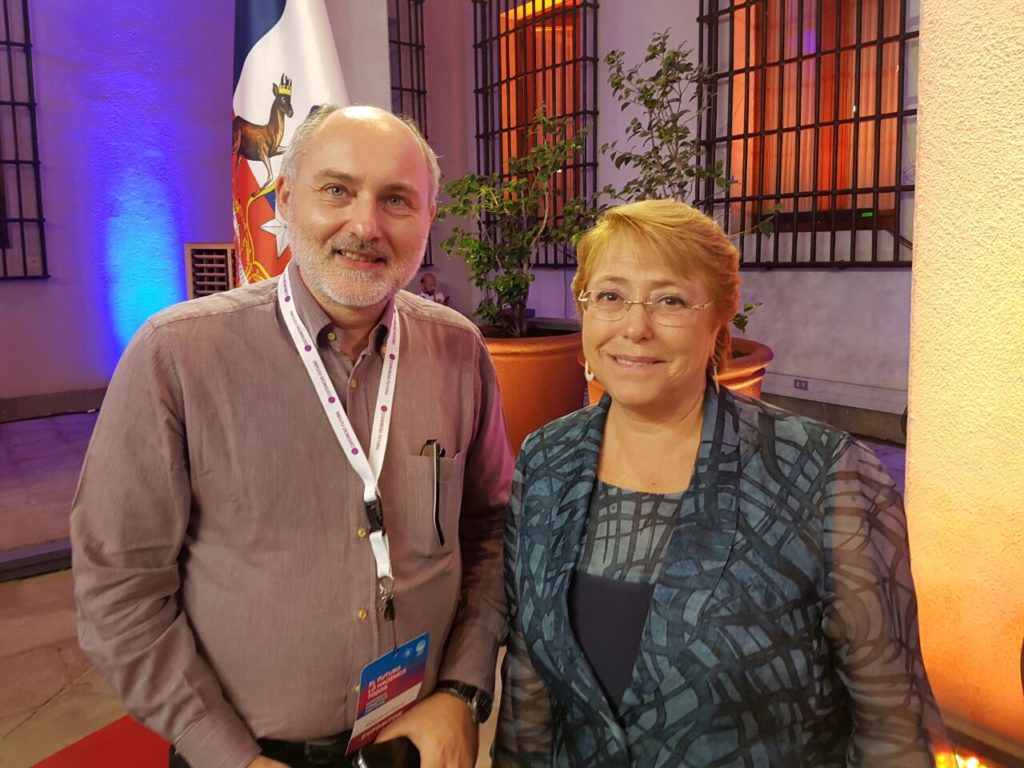 In the second week of january, we were invited to participate to the “Congreso del Futuro“, a remarkable, one of a kind event organised in Santiago de Chile once a year to connect society with all areas of science and knowledge.

It was impressive to see people of all kind standing in long queues under the sun waiting to enter the beatiful building of the former congress of the chilean nation, converted for a week into a modern conference center.

That was a great opportunity to present Software Heritage’s mission to society at large, attracting significant media attention. During this event, Roberto Di Cosmo had the priviledge to discuss the vision behind Software Heritage with senator Guido Girardi Lavin, founder of the Congreso del Futuro, and the president of Chile, Michelle Bachelet.

The rest of the week was packed: meetings were organized with researchers in the local universities, and representatives of various institutions. Particularly rich was the exchange with the national institute for industrial property of Chile, that decided to support our work.

We are very grateful to Inria Chile for the great support an help during this week, that we hope has sowed the seed for rich future collaborations.