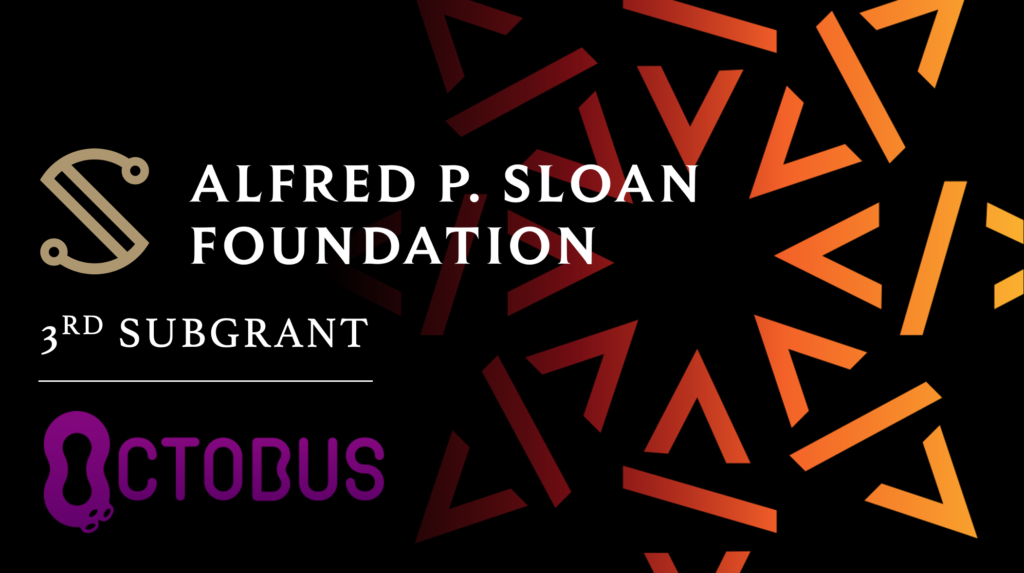 As announced here before, we received a grant from the Alfred P. Sloan Foundation to support contributions from experts that want to help increase the coverage of the Software Heritage archive. After a first subgrant awarded to Cottage Labs and a second one awarded to Stefan Sperling, today we are thrilled to announce that a third subgrant has been awarded to Octobus.

Octobus already contributed to our mission by rescuing 250.000 endangered Mercurial repositories phased out from the Bitbucket code hosting platform.

Today Octobus is going one step forward, and will work on archiving SourceForge, one of the oldest public forges, and adding Bazaar to the list of version control systems supported by the Software Heritage ingestion pipeline.

You too can contribute to Software Heritage’s mission! If you want to get involved  just fill this simple form to start the process!